Rhythmic music, exciting swing, the sounds of piano, saxophone and electric guitar, sonorous voices of the performers – such was the Rhythm and Blues of the 50s – 70s. And no, you should not confuse it with the concept of Contemporary R’n’B, so actively used by the youth of this century. The original rhythm and blues, or its most commonly used abbreviations R’n’B, R&B, is a musical genre based on the jazz and blues style of the 1930s and 1940s.

The term was first used in the American music magazine Billboard in the late 1940s, when “race music”, which Billboard referred to as a chart of songs written and sung by African Americans, replaced the less offensive phrase “rhythm and blues”. But what were the origins of such music? 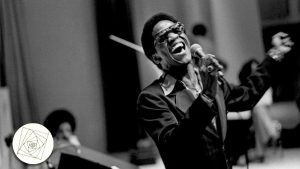 The emergence of this musical direction is associated with the migration of the black population in the 1920s from the southern regions of the country to the large cities of the North, Northeast and Midwest. Various mixtures of blues and jazz styles appeared there, performed by all kinds of jazz bands, street performers, the new sound of whose music was subsequently greatly influenced by the use of the electric guitar as one of the leading instruments along with the piano and saxophone. The advent of modern technology, such as the microphone and sound recording, contributed to the promotion of the new direction of Rome and Blues as a commercial, oriented to a wide circle, able, above all, to entertain and make people dance, in contrast to traditional jazz and blues. Here, for example, is one of the characteristic R’n’B songs of the 50s, which gained significant success, according to the Billboard chart.

Rhythm and blues reached a special peak of popularity in 1955-56, when a kind of breakthrough was made in this musical direction by such musicians as Bo Diddley, Chuck Berry, Little Richard and Fats Domino. R’n’B acquired those very characteristic features – brightness, incredible energy, even some sharpness and boldness of song lyrics written on topics forbidden for that time.

In 1956, the “TOP STARS OF ’56” tour of R’n’B performers was organized in various states of the United States. The event was an incredible success, with many saying that people were literally “going crazy” trying to get into the shows. But by this time, rhythm and blues had ceased to be associated only with African Americans and became widespread among the white population. Most of all, Elvis Presley influenced this, who managed to “tweak” R’n’B for a non-African American listener. One of his very first and one of the most successful compositions “Jailhouse Rock” in 1957 won the widest recognition from all R&B fans and became number one in many charts in the country.

This was the impetus for the creation of an “offshoot” from R’n’B – rock and roll – as a new trend that spread predominantly among whites.

With the beginning of the 60s, R’n’B gained its distribution in other countries, in particular, the British rhythm and blues began to develop actively, which, however, was quite different from the American one, having a completely different sound.

In general, in the mid-50s there was a significant spread of R’n’B among all segments of the population, regardless of race and origin. But at the same time, from this moment, rhythm and blues acquires a variety of sound options, and as a result, the formation of “branched” directions from it occurs.

In the early 60s, R’n’B was transformed into a new genre – Soul, which combined the typical features of African American gospel and rhythm and blues. According to another version, the emergence of Soul is associated primarily with the urbanization and commercialization of R’n’B. At the origins of this genre was the most talented singer and musician Sam Cooke, who even received the title of “King of Soul”, which was well deserved. It was Cook who influenced such popular soul artists as Stevie Wonder, Billy Preston, Aretha Franklin. What made Cook’s music special was that he surprisingly added socio-political overtones to his songs, as, for example, in the song “A Change Is Gonna Come”, which later became an unofficial anthem in the struggle for black rights. A significant event for R’n’B music, and for all music in general, was the founding of the Motown Records record label in 1959. The company was created by music producer Berry Gordy in Detroit and became the first label founded by an African American. The label became so successful and somewhat innovative that in the early 60s a new R’n’B direction was developed, called the “Motown sound”. Its peculiarity was that when recording a song, a large number of different musical instruments were used, but at the same time, it all sounded very harmonious and well-functioning, improvisation was not used. It was this label that became the conductor of the success of such famous musicians as Stevie Wonder, Diana Ross, and later Michael Jackson.

By the 70s of the 20th century, the concept of rhythm and blues had already acquired the character of a generalizing one – it completely combined soul, funk and even disco, which was gaining more and more popularity.

But by the early 80s, with the decline of disco, the familiar concept of R’n’B received a completely different connotation and sound – now the term has become more associated with pop music, becoming one of the leading musical trends of that time, especially thanks to Michael Jackson. A new word was added to the usual abbreviation R’n’B – Contemporary (modern), which meant the preservation of the traditional sound of R&B, but with the addition of elements of pop, disco music and hip-hop. At the same time, the first compositions of Tina Turner, Whitney Houston and many other talented performers were published, which then became incredibly popular.

To date, R’n’B is one of the most massive areas of musical activity. Alicia Keys, Beyoncé, Mariah Carey, Riana, well-known to everyone, are its brightest representatives. Their songs are sometimes sensual and soulful, some of them are simply impossible to stand still, as the music and rhythm in them make you dance. This is the main feature of Contemporary R’n’B – there is no specific musical template, all music is a mixture of different styles, which were mentioned above, but this mixture occurs for each performer in his own way. On the video you can hear some of the most hit songs of the 2000s.

Now it is difficult to imagine modern musical culture without such outstanding personalities as Riana, Bruno Mars, Chris Brown. We can say with confidence that R’n’B, although already in the transformed meaning of this concept, remains one of the most commercially profitable musical trends for all decades and will continue to give the world the most talented performers who will undoubtedly leave their mark on the history of music. .